Tree of the Day No. 2: Colorado Spruce (Picea pungens) 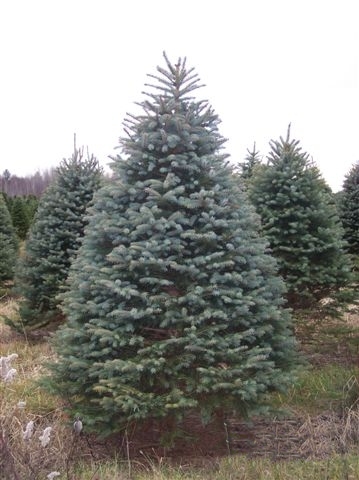 Time for another entry in the "Tree of the Day" series! And, given the time of year, what better tree to discuss than Picea pungens—aka the Colorado Spruce, aka the Christmas tree?

Most of you have probably already taken your tree down. But, if you're anything like me, you're waiting until after Ukrainian Christmas to do so. (Okay, maybe my tree still being up has more to do with the fact that I've been sick/lazy than the fact I'm one quarter Ukrainian, but let's just pretend it's the latter.)

Unlike the last tree I wrote about, the Colorado Spruce is native to North America, though not to Canada (its name makes it pretty easy to guess which part of our fair continent this tree is from). Besides being chopped down and covered with twinkle lights, the Colorado Spruce is also very popular in landscaping because it's no fuss. It also provides dense shade in the summer and privacy in the winter when the majority of other trees get all naked. The Colorado Spruce is often used in farm and acreage shelterbelts, again, because they're hearty and they provide protection from the elements (and curious neighbours)—sometimes growing to be a hundred feet tall.

Now, the question I have is—how did this drought-tolerant, often blue-tinged tree become synonymous with Christmas? If what I've heard is correct, and the Christmas tree is a remnant from European winter-solstice celebrations—how did a humble tree originally from Colorado get involved in all the hoopla? 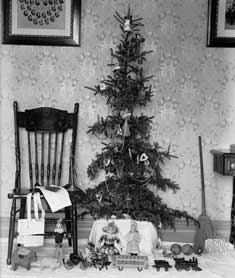 Back in the good ol' days (no, not the 1990s, think further back), evergreens were seen as a symbol of winter's end—a return to spring and rebirth of life. They were often decorated with fruit, candles or other handmade baubles to honour gods, while their branches were placed over doors to ward off spirits. Since this was all pre-New World, the evergreen species associated with these festivities were more along the lines of European Silver Fir, Norway Spruce and Scots Pine.

According to one tale, a seventh-century English monk from Devonshire moseyed on over to Germany to preach, using the triangular shape of the fir tree to explain the concept of the holy trinity. Another story tells of Martin Luther, father of the Protestant Reformation, becoming enthralled with the glistening snow on a row of evergreens during an evening stroll. Upon returning home, he set up small fir trees and decorated them with candles to recreate the image for his children.

Possibly my favourite legend of all, because it finds a way to blame that no-goodnick Eve (and, by extension, all women), tells of how Eden's Tree of Life was originally a fir that had flowers and leaves like the rest of the trees, but when Eve took the apple they shrivelled and died, leaving only sharp needles behind. So, if you ever find yourself falling into the unforgiving arms of an evergreen (and really, who hasn't?) you can chalk it up to one more thing "that woman" ruined for everyone.

Christmas trees were introduced in small areas of America by several groups, such as German Hessian soldiers and British cattle barons. With the growth of communications in the nineteenth century, Christmas tree customs began to spread across the country. Because of the Colorado Spruce's symmetrical shape and needle retention (meaning, it's needles don't end up on your carpet), as well as it's availability, it came to be associated with Christmas in the US (and thus, by extension, in Canada). 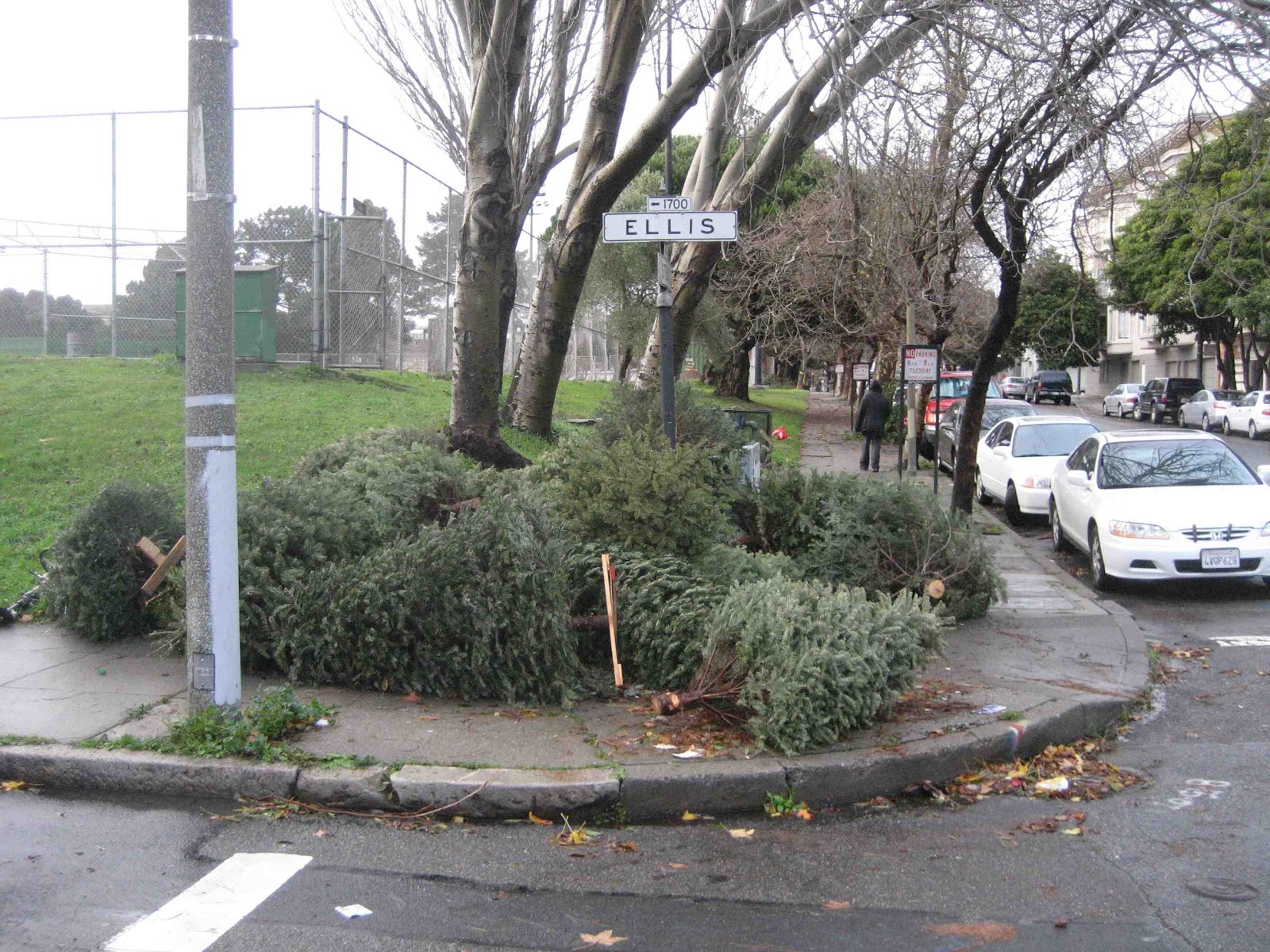 I've never had a "real" Christmas tree and am quite used to the wiry, unscented and somewhat tacky "fake" PVC tree. There's one standing in my living room as I write this—I actually think it looks quite pretty. And there are arguments on both sides as to which kind of tree is "better." I've heard fake trees described as "just not the same" and one only has to unpack the acronym PVC to realize that, along with all the other plastic materials in our lives, these trees aren't exactly contributing to a chemical free environment. Of course, if a "real" tree isn't properly recycled it essentially becomes a carcass representing how wasteful we can be, especially during the holidays. However, on the plus side, the growth of trees for Christmas purposes relies on individuals respectably making a living off caring for trees—trees that spend about a decade maturing and photosynthesizing (that means more oxygen for us!) before sacrificing their lives for our enjoyment. But wait... thanks to the "living Christmas tree" movement, you can have your real tree and plant it too! Many Christmas tree nurseries now sell trees, such as Colorado Spruces, in a pot so they can be kept inside the home during the holidays—then moved outside and planted afterwards. Everybody wins! 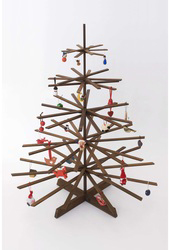 Another idea I really dig is actually a throwback to the earliest artificial trees, which were made out of wood. According to thewoodentree.org, "The Wooden Tree is an alternative Christmas tree that utilizes environmentally friendly resources and local labour." It looks like their website is still under construction, but if you're curious, head on over there and take a look at some of the pictures. These aren't your grandma's Christmas trees, but maybe they aren't too far off from what your great great great grandma had...


Well, I'm off to start taking my tree down and packing it away for another year. Maybe next December, instead of setting it up, I'll donate it and take a crack at a living or a wooden Christmas tree instead. I'm all for traditions, but sometimes the best part about them is breaking away and beginning a brand new one. Happy new year everyone!


What kind of Christmas tree do you usually have? Real? Fake? Spruce? Fir? Plastic? Wooden? None at all? I want to know everything about you... so please leave a comment!