...you know, like backhoes? Get your mind out of the gutter!

Spring is a time for birds and flowers and so much snow it blocks your view when trying to back out of your driveway and you narrowly miss running over the neighbour's kid. What? That last one seems out of place... unless you live in Alberta. Edmonton, Alberta, specifically. But this is not a blog for complaining about weather. If you want to see people with no real problems crying over precipitation—well, that's what Facebook is for. (And just so my snarkiness doesn't get me into trouble—I want to acknowledge that the one hundred car pileup yesterday was, indeed, very serious and I won't blame you for crying over precipitation in regards to that... although you also have to admit us Edmontonians, despite being used to treacherous winter conditions, still don't seem to know how to drive in them.) 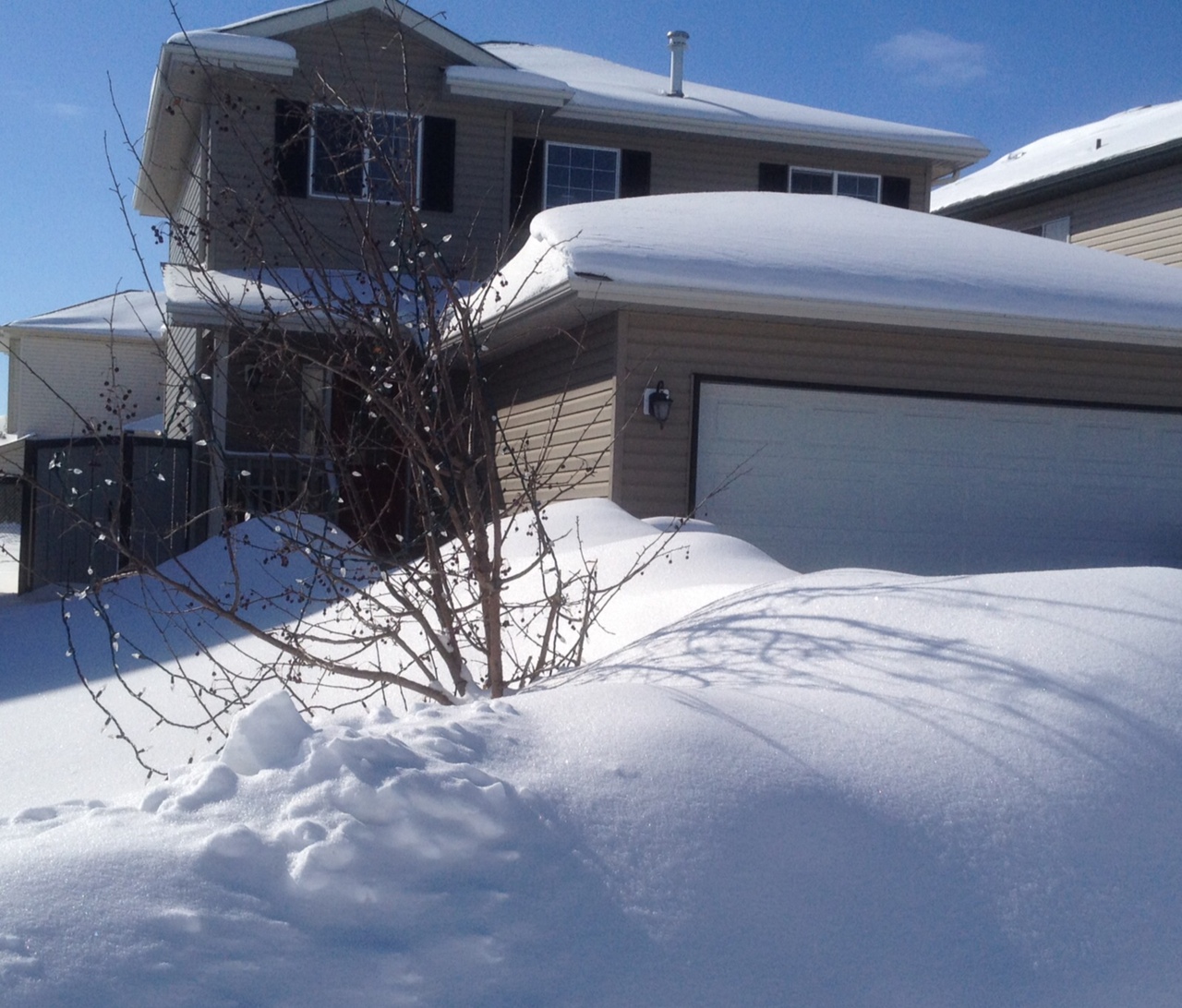 What I want to talk about is not the weather, but instead my favourite thing about spring. And that, of course, is spring cleaning! Yes, I am one of those weirdos who loves to clean. Certainly, I don't love cleaning at 10 p.m. on a Thursday night after driving to the city, working, driving to rehearsal, dancing, driving home, cooking and so on and so forth. But when the March sun is reflecting off the four foot high snowbank and shining in through the windows—I just love to go a-organizing.

Never mind the sweeping/vacuuming/washing aspect of cleaning. It's the sorting/arranging/labelling part that really gets my engine firing. There aren't many things that bring me as much joy as going through a rubber bin, a cupboard, a drawer and deciding which contents to keep, recycle or give away. (Sometimes I have to throw things away... sob... for more on my complicated relationship with garbage click here.)

One of my spring cleaning projects this year is organizing all my husband's CDs. And not just the musical kind, although there were a fair share of those—none of them in their rightful case. We're talking CDs used for hard drive back up, DVDs burned with movies totally acquired by legal means, as well as installation discs for such of-the-moment programs as Windows 2000. I was having a merry time flipping through discs, reminiscing about a time when "Flash Drive" sounded more like an eighties action movie set in the still futuristic twenty-first century than a one inch gadget with the ability to store a terabyte of information. (Remember when a gigabyte was so massive we didn't even have to think about what came next?) But then it dawned on me—what am I going to do with the CDs we don't want anymore? The music CDs were easy—Goodwill accepts them. But I highly doubt Goodwill has the need for a file management software installation disc circa 1998. 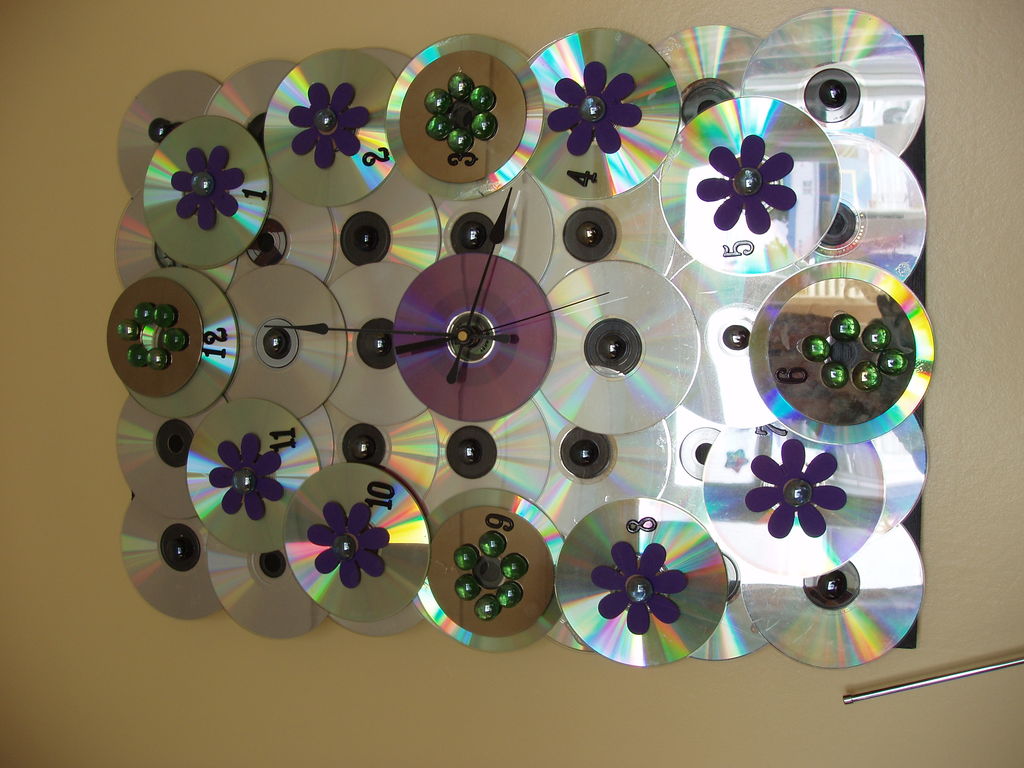 So I turned to the ever faithful Google and found the most wonderful site. (Well, maybe it's only the second or third most wonderful... there is some pretty golden stuff floating around on the interweb.) Alberta's Recycling Hotline is a website that will help you locate places to recycle different materials—such as batteries, eye glasses and car tires. In my case, I simply chose "CDs" from the drop down list, plugged in my postal code and found a place called "Shanked Computer Recycling" on Winterburn Road. Tada! Now I don't have to add the discs to our ever-growing landfills, nor do I have to spend time and effort creating some sort of eco-art installation that I'd probably hate anyway, because I like my technology to stay were it belongs, inside my computer or stuffed—I mean, purposefully placed—in a desk drawer. Though this CD clock is kind of cool... not my style, but also not as tacky as some of the other gems I found after googling "old cd crafts." 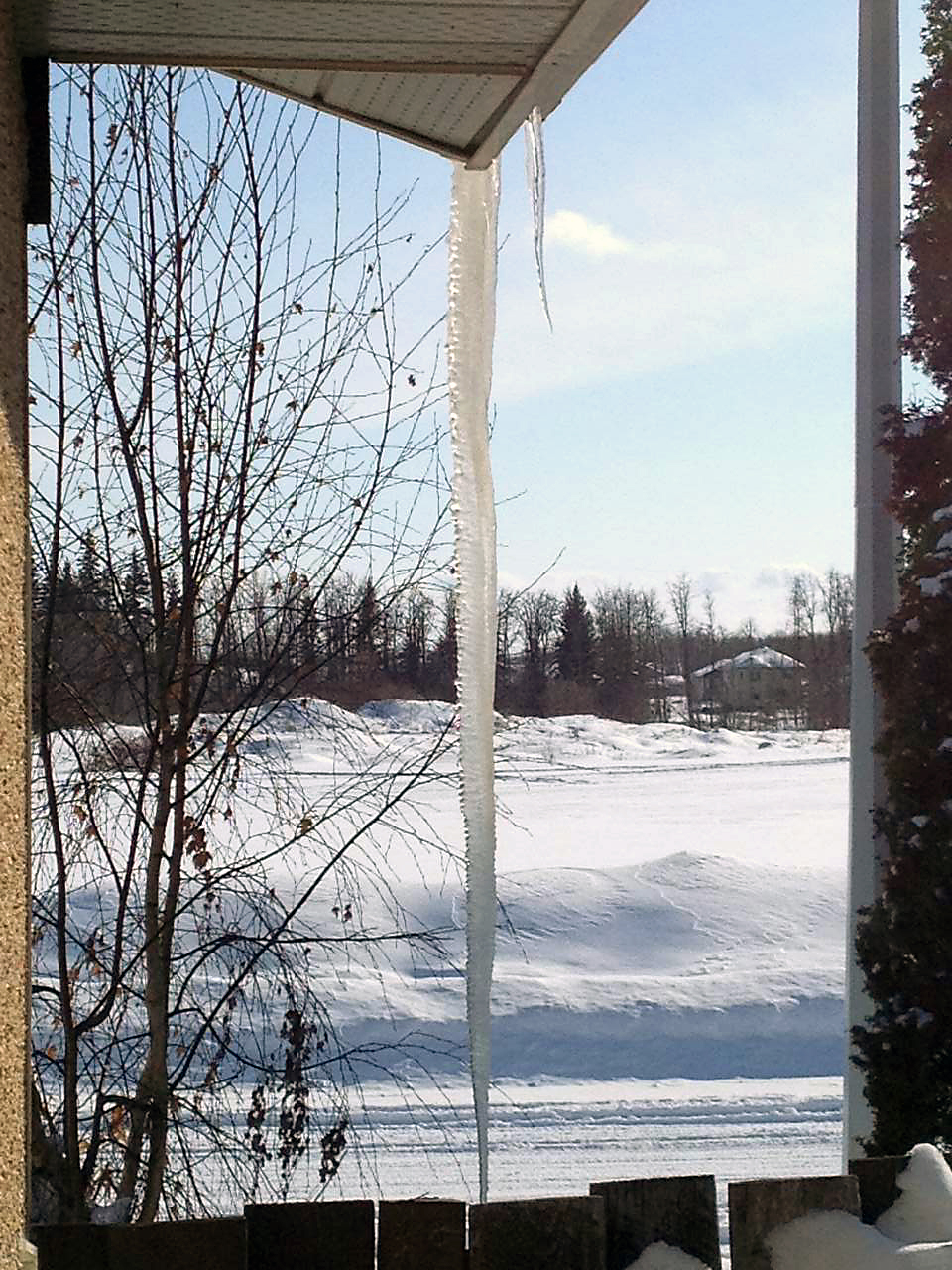 My spring cleaning to-do list is currently four pages long, but once I finish going through the CDs and drop the unwanted ones off at Shanked I can at least cross one thing off. And, because I promised I wasn't going to blog about the weather and am nothing if not inconsistent, here's one last winter wonderland photo—courtesy of my mom. I already checked that it won't break off and impale her terrier. It's on the wrong side of the fence... so it will just impale the neighbour instead. Bad time of the year for neighbours, hey?
Posted by Unknown at 4:02 PM

On a side note completely irrelevant to your post I once heard the icicle is the perfect murder weapon as it melts after inflicting the wound. Yep weird stuff floats in my head too. Clm

Good to know. I'll make sure to steer clear of you during icicle season...