Although, technically it isn't winter yet (the official season is still more than a month away), here in Edmonton, Alberta we're used to the white stuff coming a little too early most years. I'll admit, most of my life I haven't been a winter-person (funny, seeing it hyphenated like that makes me think of blue-haired, pale-skinned creatures that run around naked in minus thirty weather... or am I the only one who sees them?). I'm always cold. I suck at snowboarding. I already dislike driving even when the roads are clean as a whistle (what is up with that saying, are whistles seriously clean—you'd think they'd be all moist and saliva-y), so you can imagine that when the roads are covered in ice, which is covered in snow, which is then covered in more ice—as they are now—I would rather just stay inside and hibernate. But this year, I've decided things are going to be different. Part of the reason for this is an article I read that suggests us Canadians need to embrace winter and states "there is no such thing as bad weather, only bad clothing." Now that I'm dressing more appropriately—we're talking three layers minimum, even when I'm inside—this theory is proving to be [mostly] true. But the biggest reason I've decided to adopt a new attitude about the fogged-up-glasses-frozen-nose-hairs-can't-wear-flip-flops-anymore season has to do with our land. 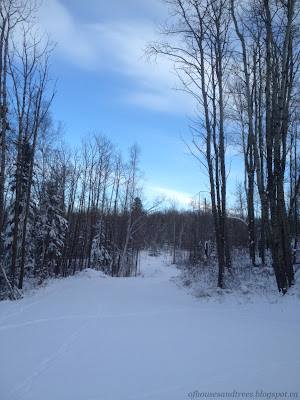 There's something about forty-acres of rolling hills and hoar-frosted trees that just warms the cuckolds of my summer-lovin' heart. I spent yesterday traipsing through knee-high snowdrifts, trailing after my husband and taking photographs. Still in the planning stages of our house-building, we threw around ideas about ponds and manmade waterfalls (I'm not overly fond of faking something that usually comes, well, naturally, but we live a little too far east in this province to have any real waterfalls and they're just so damn pretty). It would seem owning a tree farm just around the corner from our future home might actually happen. I'm always surprised when an idea I had assumed would stay an idea becomes reality. Of course, being a bit of a skeptic, I'm still in the "I'll believe it about two years after I've seen it" phase. I'm a bit slow when it comes to processing things. I chalk it up to my cautious nature. Hmm... I think I just figured out why I'm so terrible at snowboarding. 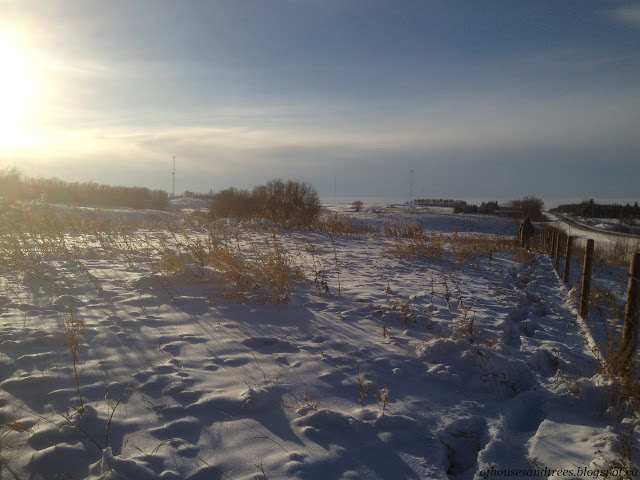 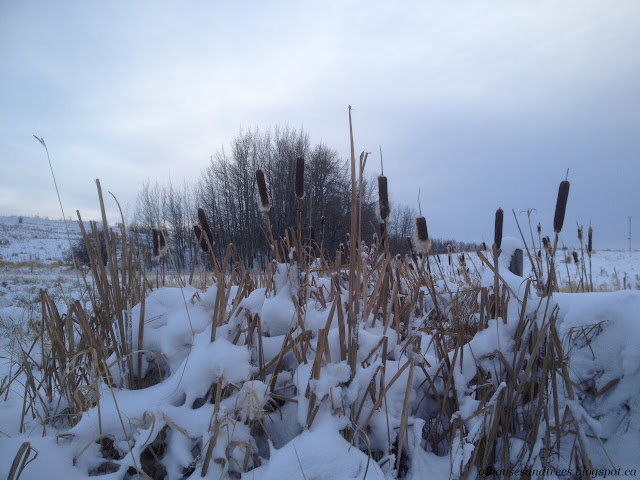 If cattails can survive the winter, so can I.